In a few of the exposed spaces the team observed seven pegs on a horizontal beam, matching the Biblical account* in Genesis 7 : 2.
Eventhough there was talkted about eight pegs in the beginning, very soon after the press conferences, by closer examination of photo’s and video footage, it became clear that there were in fact seven pegs.
NAMI: “It is believed that ropes may have been hooked on these pegs to keep animals in place.” 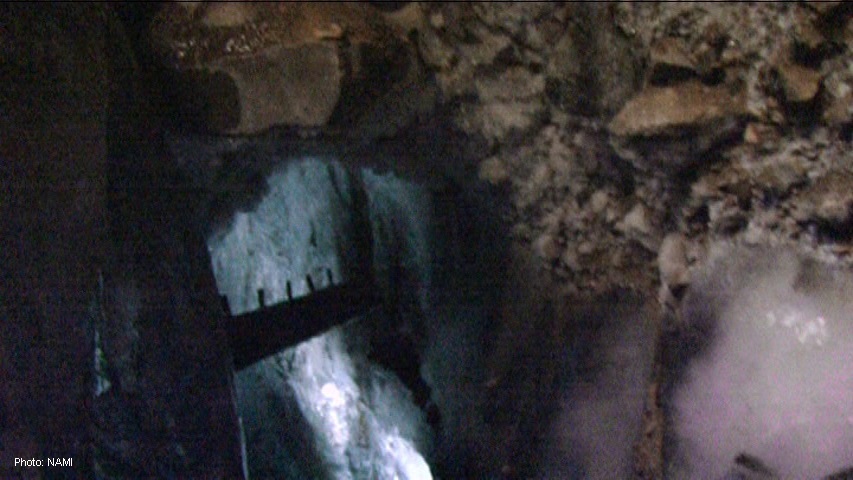 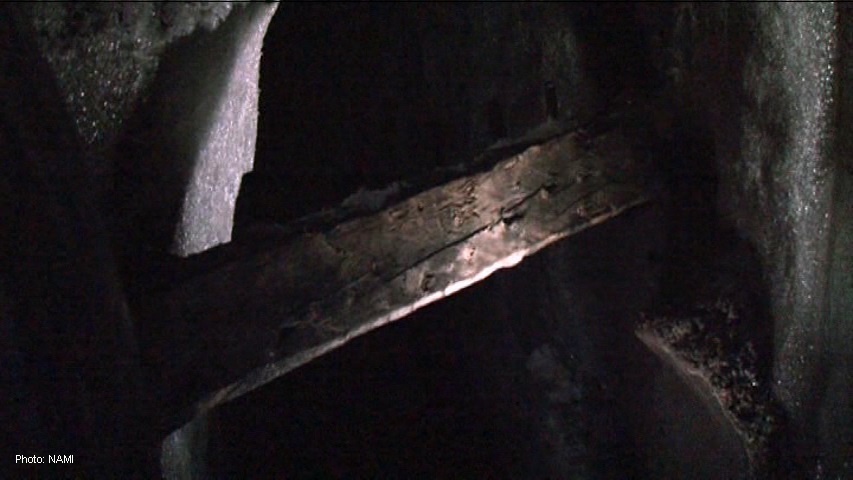 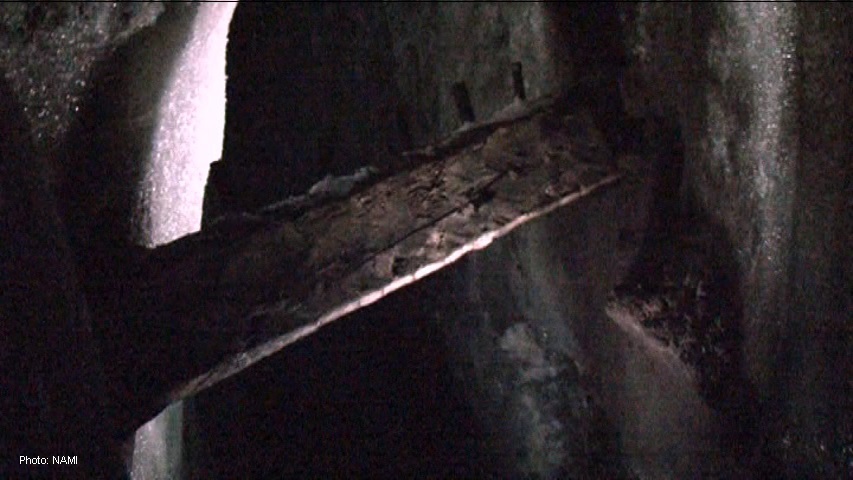 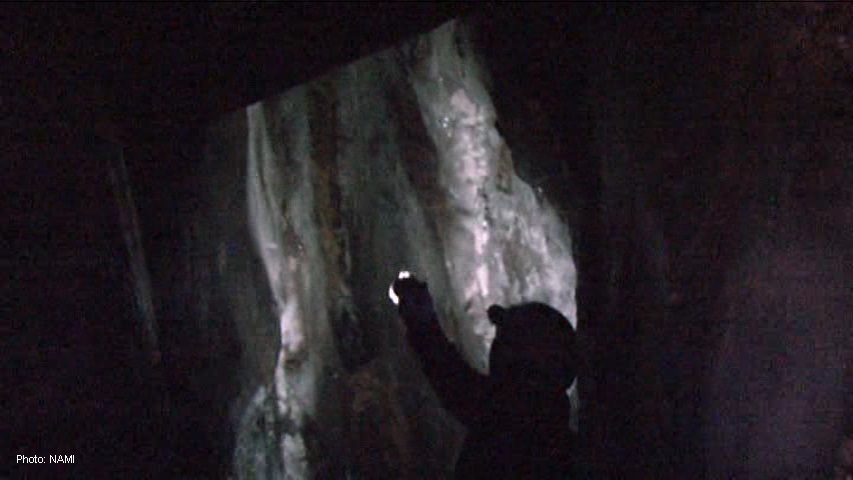 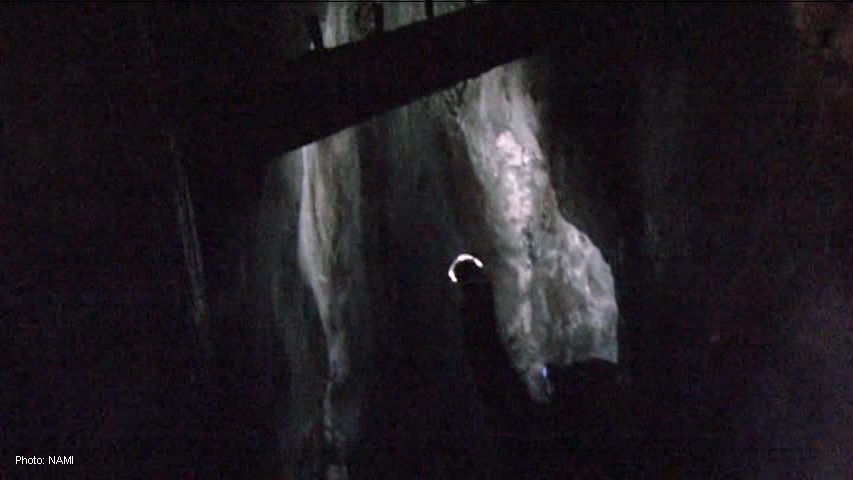 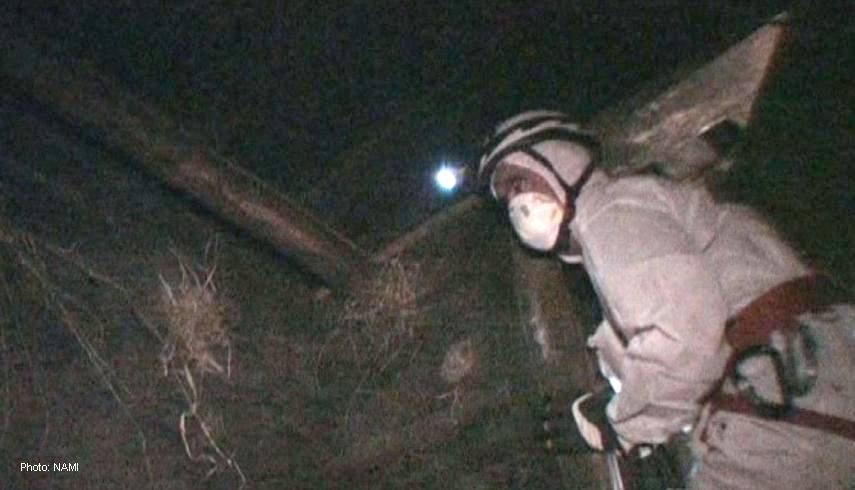 Inside Space-4, seven pegs on a horizontal beam were observed. Hay (food for animals) is still attached to the wall at several spots, just a bit below the horizontal beam. Other interesting features are the two square holes in the upper part of the doorframe.  (right one is visible while the left one is partly visible, above the shoulder of observer) 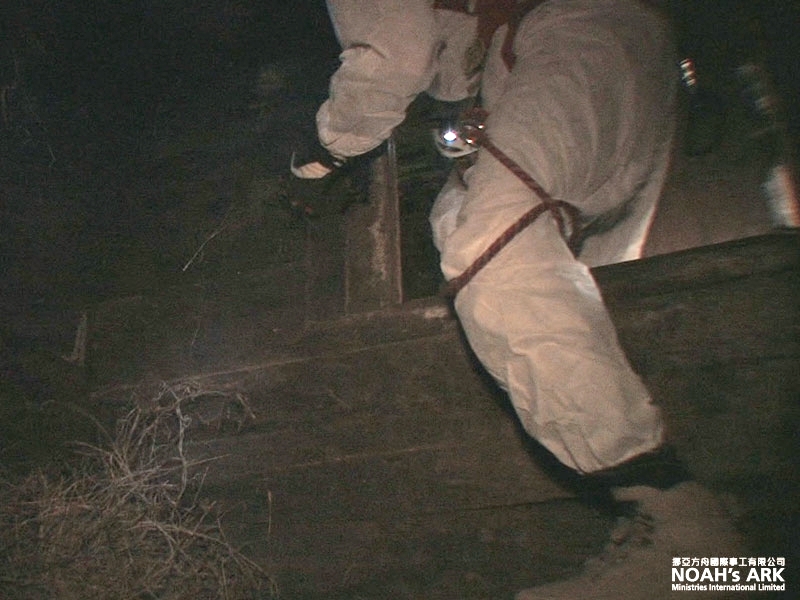 The door sill is about knee high. 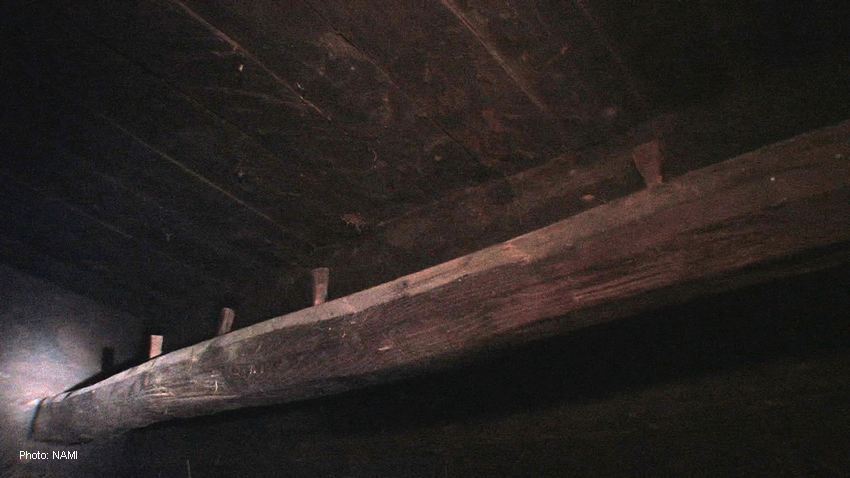 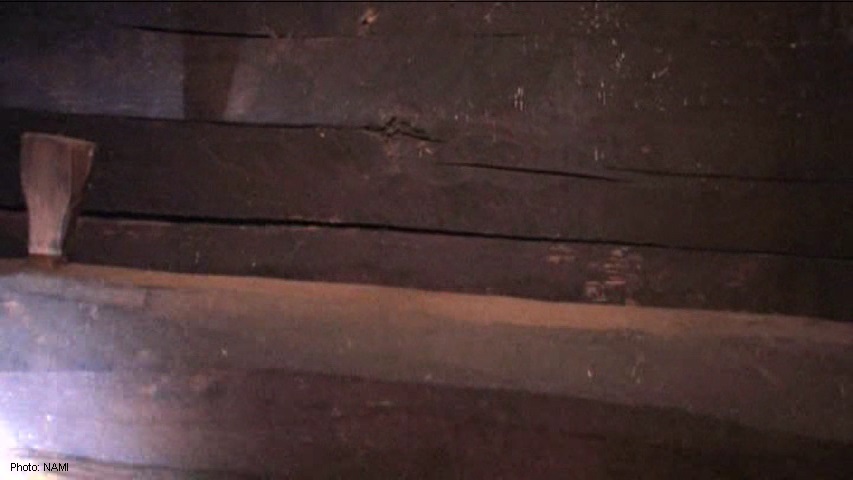 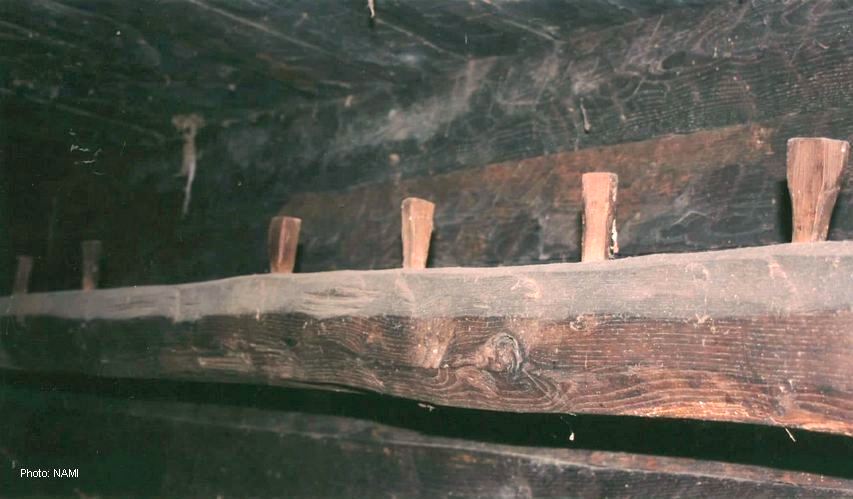 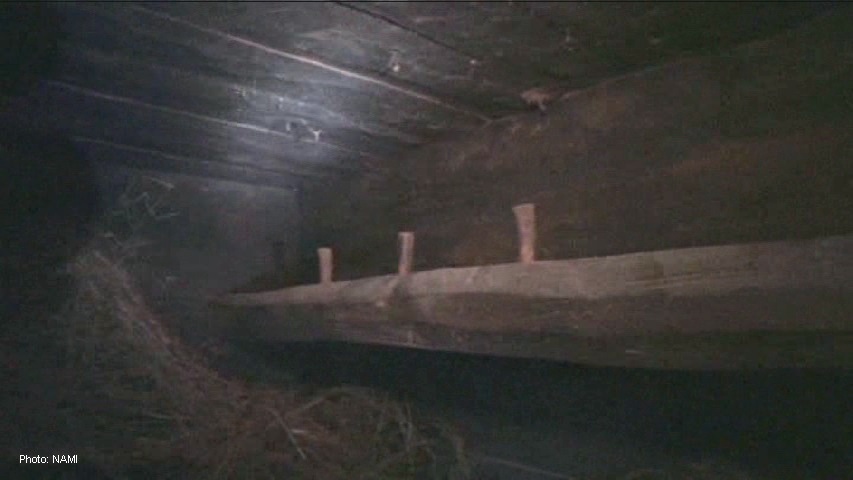 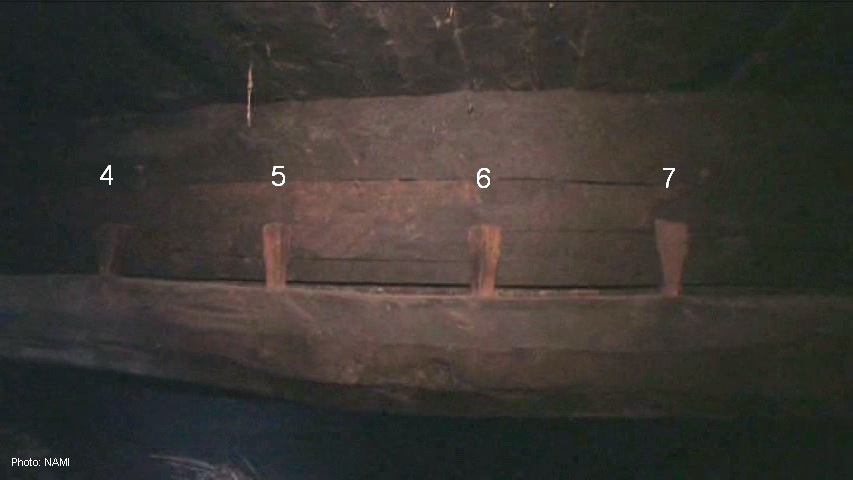 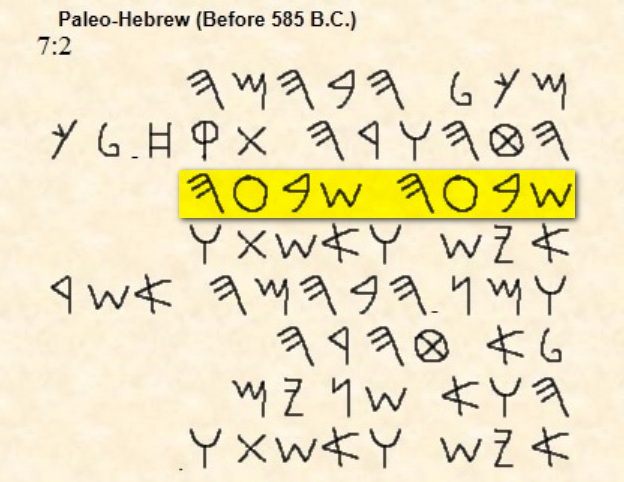 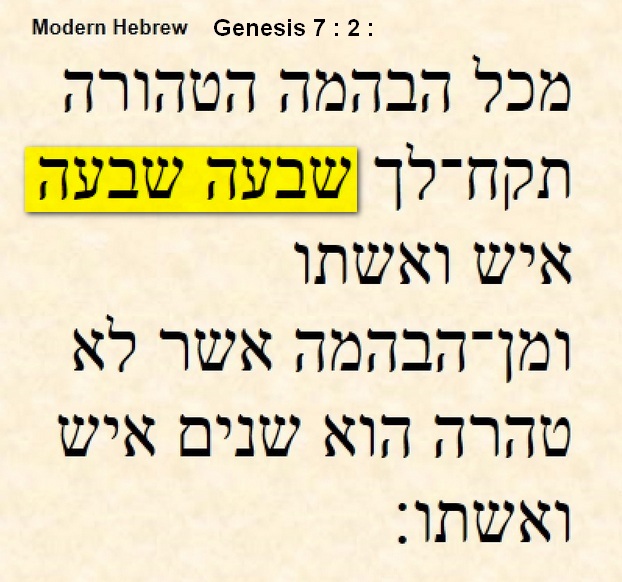 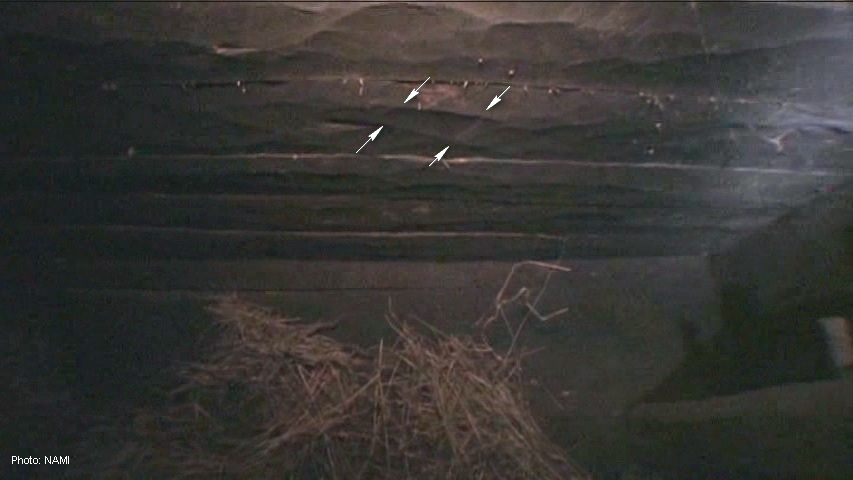 Between the white arrows; just one bash, using an adze, created most likely this strike at the surface of this wooden beam. 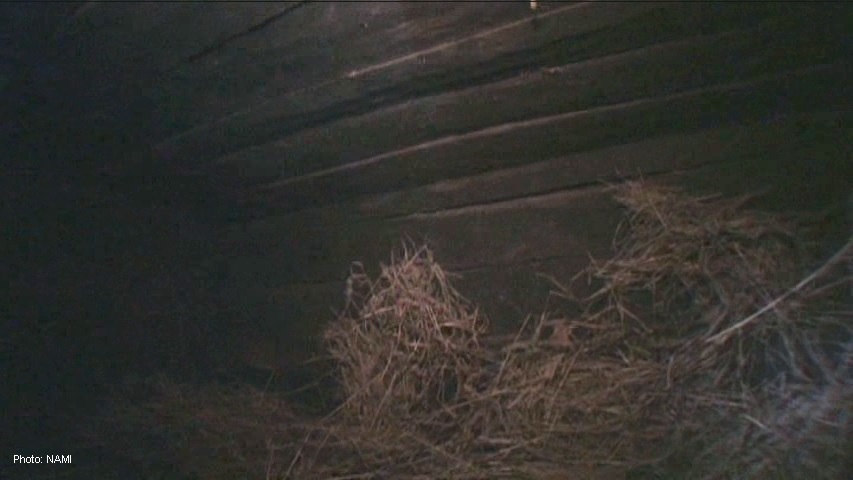 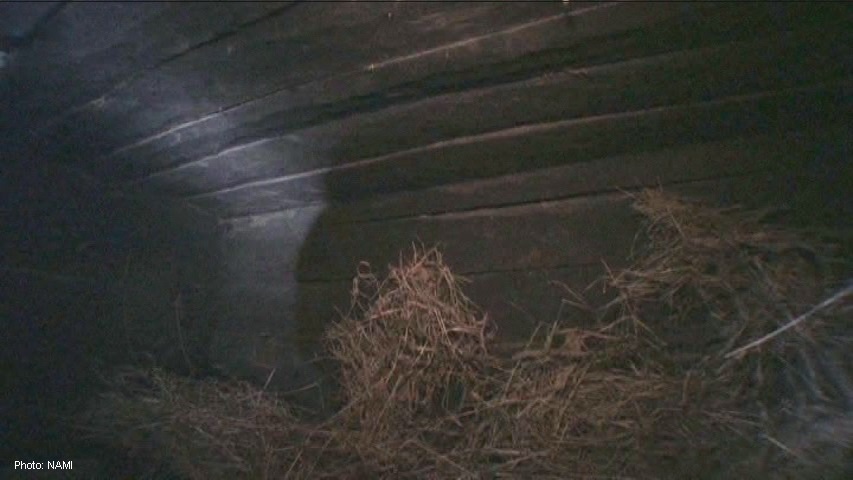 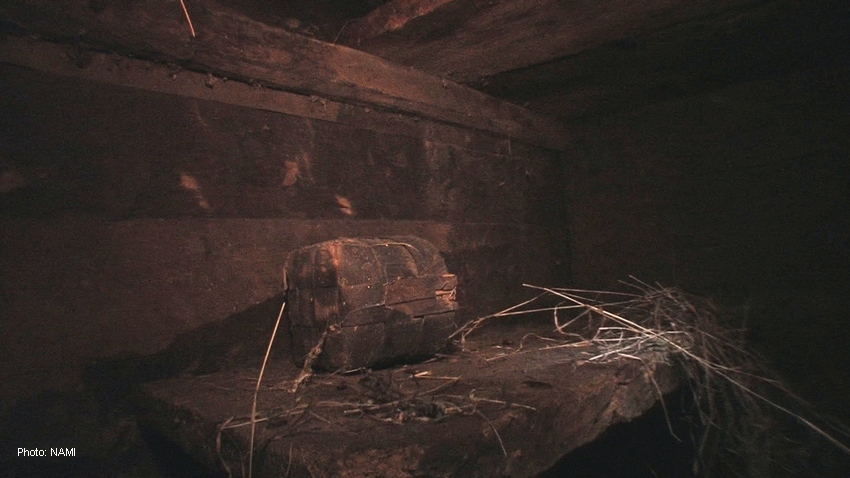 A small handscoop with short grip on top of one of the shelves. The width of this scoop is about 15 centimeters, (6 inch). 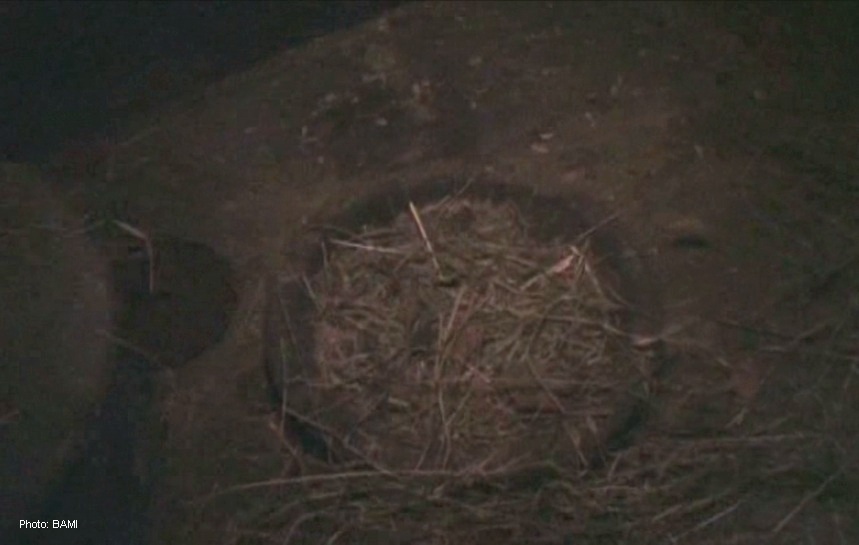 Pottery on the floor. 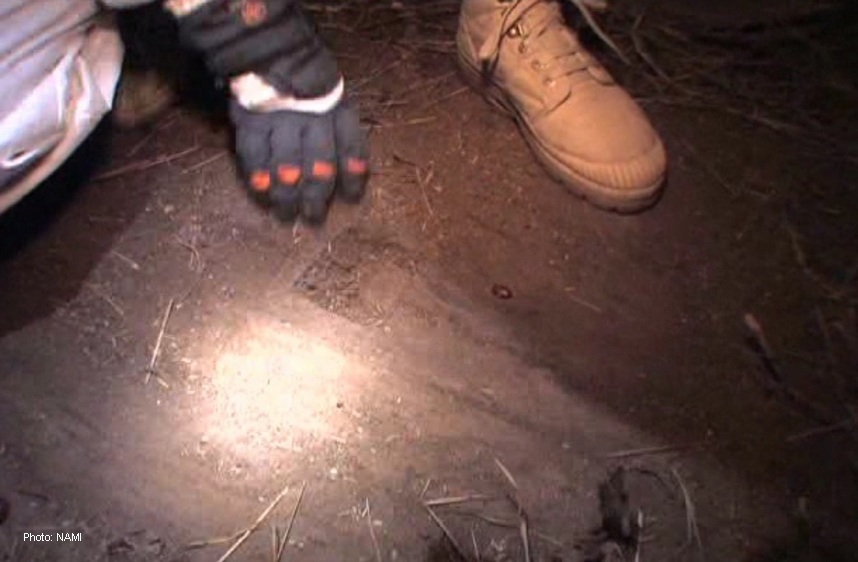 The floor contains a square mortise joint. While wiping out the mortise by hand a red/brown bean appeared. 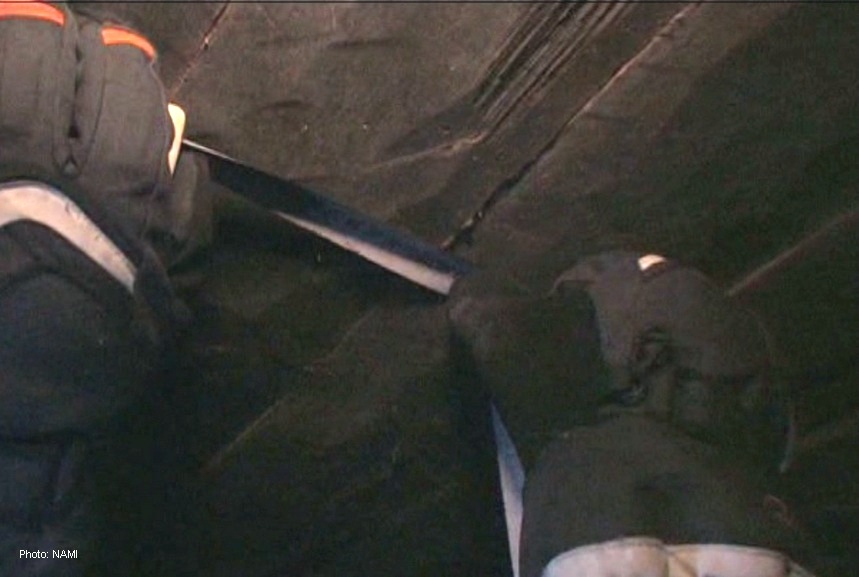 The distance between floor and ceiling of this small space is about 2.12 meter (6.9 ft).

A small window opening provided with a shutter, connects this space with another space. The white arrow points at a dowel. The design of the shutter (partly visible on the left) shows high sophisticated craftsmanship.

The characteristic irregularity of the walls and the underside of the shelves are distinctive features of the wooden structure. 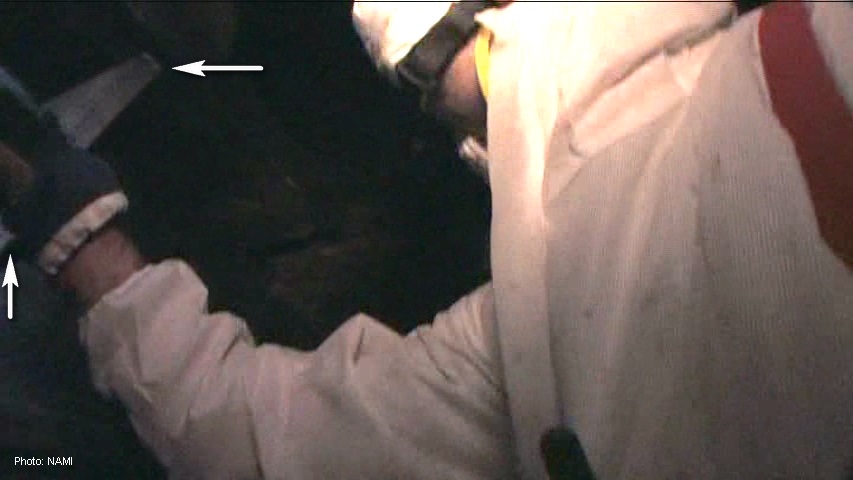 A triangular (whitish) timber is bearing the shelf. 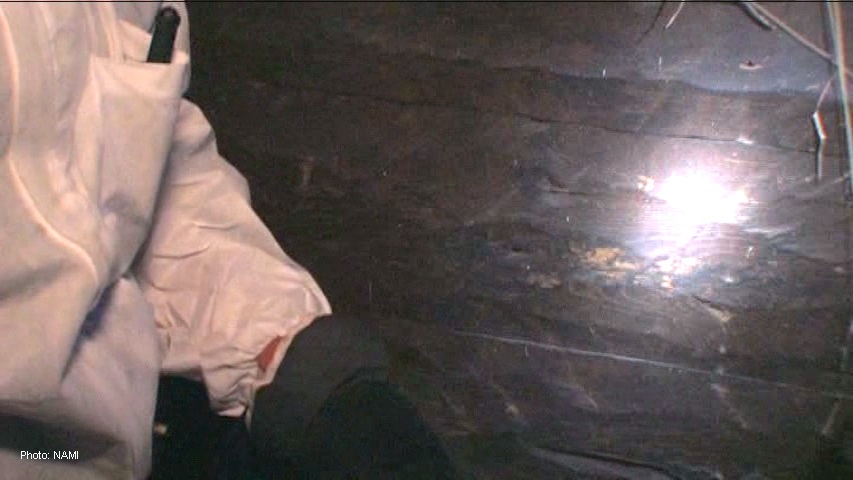 The uneven surface of the walls indicate they were crafted by the use of hand tools. 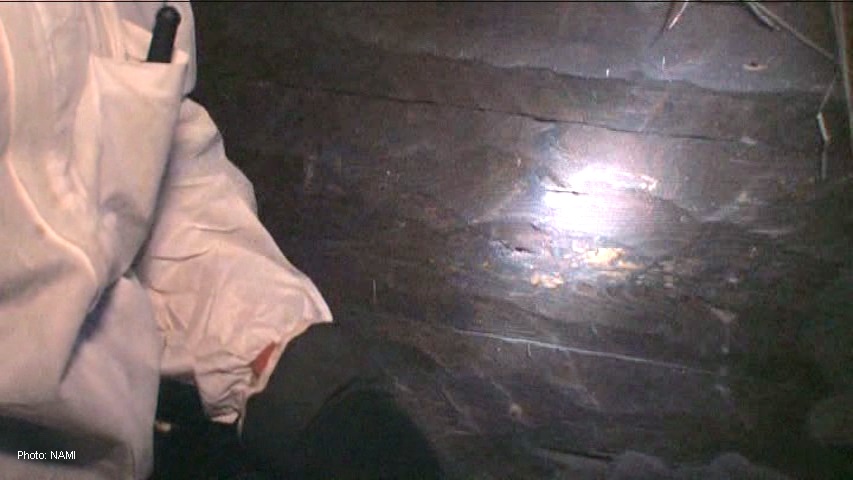 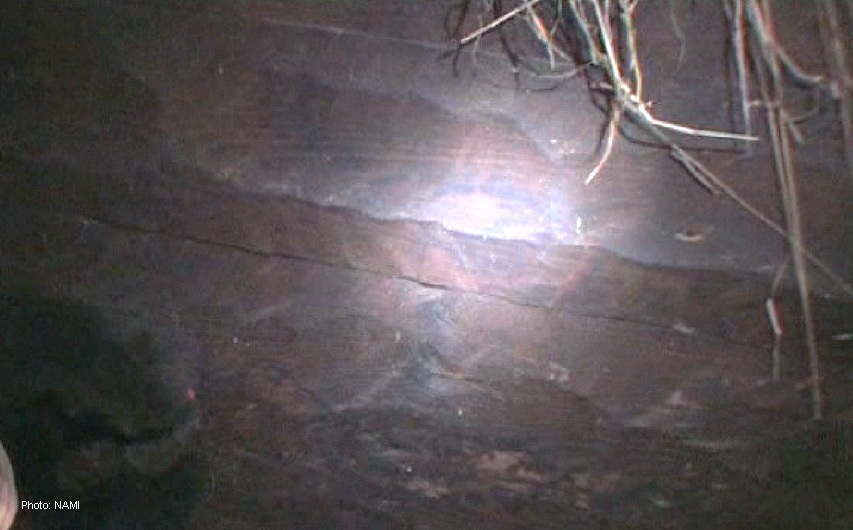