Turkish drone video image reveals location high on Mount Ararat that matches all details of the arks resting place as observed by Noah’s ark eyewitnesses in the past.

Veteran ark researcher Eryl Cummings summarized the many eyewitness accounts; “…practically all modern reports, describe a great wooden ship-like structure, resembling a submarine or barge, protruding from a melting glacier onto the shores of a small, high mountain lake, and close to a great precipice, over which a cascade of waters tumbles down the mountainside, on hot summer days.”                                 (“Has Anybody Really Seen Noah’s Ark?” p.46, by Violet Cummings) 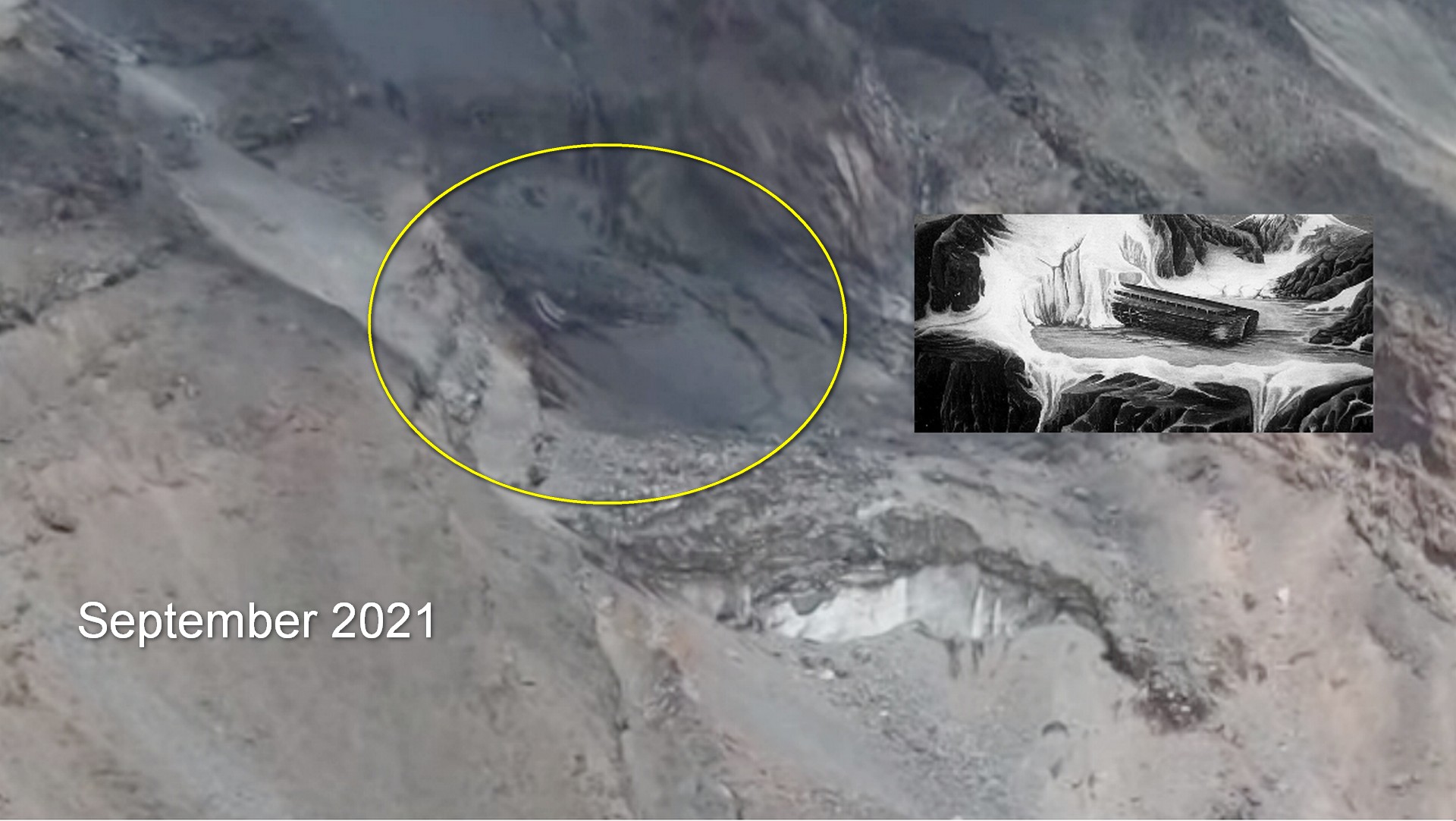 Inserted image in picture:
Artist impression based on several eywitness accounts: part of the ark visible in a mountain lake high on Mount Ararat. (click or tap on photo for enlargement)

This meltwater lake, high on Mt. Ararat is above the area where from 2008 to 2010, a few broken off, large prehistoric wooden structures were discovered.
These wooden structures, which contain animal stables and corridors, are submerged under a thick layer of ice and rock debris in the canyon bottom.** Remarkable; Some of the stables that were accessible had provisions for seven animals in the form of a beam with 7 pins/pegs on it. This is in line with the Biblical account in Genesis 7:2. (See below)

The object in the yellow oval is just a left part of the object visible in the August 2014 photo above. (click or tap on photo for enlargement)

Superior knowledge and wisdom put into practice. Interesting to know for us who live in a world plagued by zoonosis like Covid-19. (zoonosis: animal diseases, such as rabies that can be transmitted from animals to humans)

Learn about the history of Noah and the ark in The Bible,* Genesis chapters 6 through 9.